24 September 2010, By: Pokerjunkie.com
A nice home game is possibly the best way to enjoy poker. A few tips will make your tourney run smoothly. 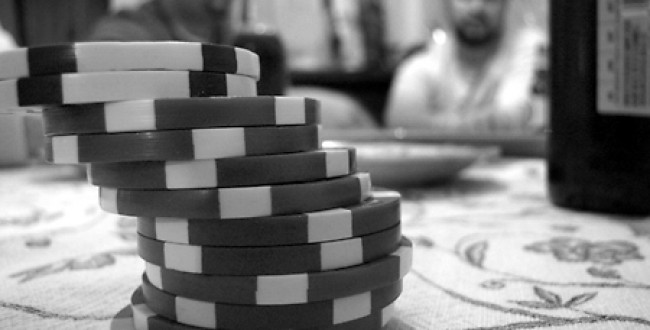 I'm sure you're capable of buying beer and nuts. If your friends want coke and sweets, fine, that's what you get them. Mussels and red wine? Do it.

I won't touch on that part of your poker night. You should know your friends. However, there are a few small things that may ruin the fun.

If you don't set up a good blind structure and sensible chip values, people will be confused and annoyed. Do it well and your home tournament will run smoothly.

In a home game, I would go with 20 minute periods at least, seeing how slowly most people deal.

If you think the tournament will drag on too long, it's probably better to adjust the starting stacks than the blind periods.

There's no way of knowing for sure when a tournament will end, but here's a rule of thumb that will help you avoid disasters.

The tournament will end in the blind period where the big blind is more than 5% of the total chips.

Again, this is a very crude rule, but you will avoid having to stay up the whole night - unless you want to.

Usually you want to increase the blinds by 50% from level to level, so that the big blind doubles every two levels. If you double it every level, it's a fast structure.

On the other hand, you should probably use some "natural" blind levels that people expect, rather than rigidly doubling every two levels.

On the third hand, you should avoid mixing in small chip nominations late in the structure. Blinds of 1250 or 3725 will give your friends a really bad headache.

There are a lot of parameters, but you'll be fine if you avoid the worst mistakes.

The standard starting stack would be 100 to 200 times the big blind of the first blind level.

The starting stack affects both how deep stacked the players are and the length of the tournament. Regarding the ending time, see above.

If you want to start with deep stacks to get some real play early on but don't want to play all night, you could use a faster structure.

Example: To get a faster structure, remove level 1, 3, 5 etc. from the blind structure above.

To make the betting easy, chip values should go up by a factor 4 or 5 between each step.